Draft of a Gamer: getting a grip

My second Battle for Zendikar draft ended the same way as the first; 1-2. However this time I feel a lot better about the draft itself.

There was a Ruination Guide in this pack, but taking the rare land was a no-brainer. 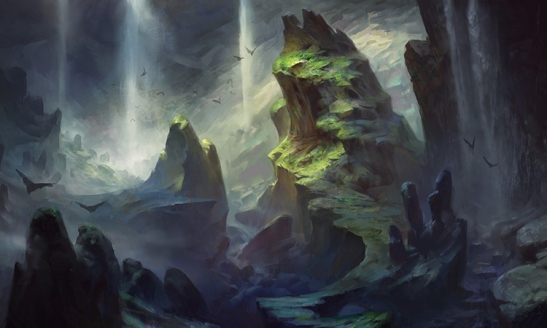 After a varied first few picks I ended up in green and black. This was a colour combination I’d been thinking of during the drive to the shop, wondering what its edge was. It’s not a colour combination I’ve seen or heard discussed much. Sacrifice effects, creating scion tokens, and moving cards from the graveyard to exile and back again seemed the general tone.

My deck ended up having some useful early plays followed by solid late game cards. No bombs as such, but I felt there was plenty of synergy between my cards, and that is often better.

My first match was against a blue/black player. In the first game he got stuck on mana and watched with increasing frustration as Culling Drone milled his best cards away. When Ob Nixilis followed Ulamog into exile, he conceded.

In the second game I kept a hand with two forests and no swamps and conceded with eight black cards in my hand. In game 3 we were both hopeful of an actual game.

Early signs were not good as we both mulliganed to five. I had the early advantage but was unable to push damage through as easily and quickly as in the first game. Eventually the game went too long, as an attacking Ulamog milled the final 14 cards from my library to end things in my opponent’s favour.

I still felt that 17 lands was the way to go with this deck, given the number of spawn I could create. Likewise and 9 and 7 split in favour of Forests plus a Blighted Woodland seemed correct.

The second match saw me match up against a white/blue deck. This one also suffered from a lack of early creatures as Culling Drone and Snapping Gnarlid proved their worth. With landfall I was able to keep a consistent 5 power on the table, and a hand full enough to replace any creatures destroyed by removal. This one went 2-0 in my favour, and since the match next to us was going long, we played an extra two games. My opponent won one thanks to WIndrider Patrol.

So it was on to match 3 with a win and a loss under my belt. This match was against a blue/red deck piloted by the player who had been sitting to my immediate left in the draft. No issue with signals this week! We both had some early creatures, and this player had the Ruination Guide I’d passed in pack 1. Decisions have consequences.

The first game went my way after the Gnarlids led the way backed up by some useful life gain from a turn 1 Jaddi Offshoot. The cumulative lifegain meant I was able to ignore otherwise troublesome attacks and continue beating. 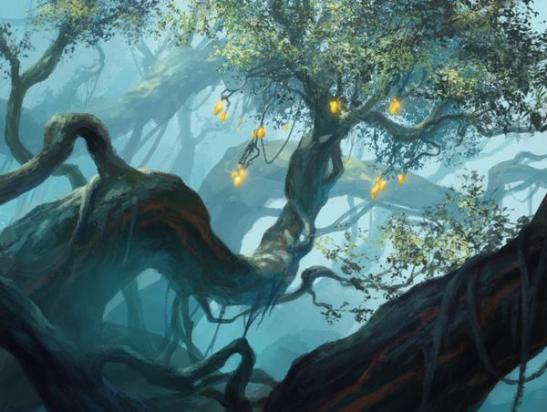 The second game went to my opponent thanks to Coralhelm Guide, a card that is rising up in my mental pick order lists.

The third game gave me a taste of my own medicine from match 1 as over a third of my deck ended up in the exile zone thanks to my opponent’s ingest cards! The game was close, and swung back and forth, before ultimately ending in my opponent’s favour. I was not going to be picking up any prizes this week, but I left happy with my deck and (mostly) with my play.

Brood Monitor produces a clutch of Eldrazi Scions and powers forward future turns. Brood Butcher turns every creature into a threat and can turn board stalls into overrruns in my favour if left alone (it was rarely left alone). Blighted Woodland also impressed me, regardless of whether I had a landfall creature in play or not. 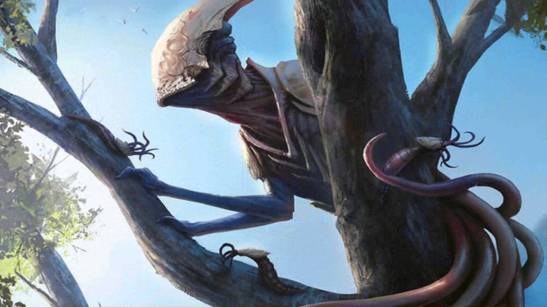 Tight play is the difference. I’m not as tight with my decisions as I should be, and I’m still learning through making mistakes rather than preempting them.

One simple example of this is I started with a hand containing a Forest, a Swamp, and a Blighted Woodland. With no turn one play I put down the uncommon land. In the next turn I drew Jaddi Offshoot and had to play the Forest first, then my landfall creature, missing out on a life. I only have two turn 1 plays in this deck, and they each cost one green mana. There was no reason to play anything other than a basic forest in my first turn.

I’m looking forward to Battle for Zendikar appearing on Magic Online, as this format is looking varied and deep. 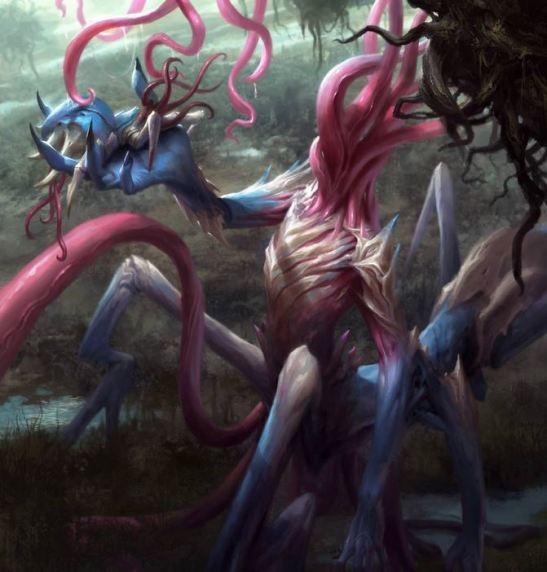 This entry was posted on October 11, 2015 by davekay in Card Games, Magic the Gathering and tagged battle, draft, magic, magic the gathering, mtg, zendikar.