The new edition of SAGA is upon us, and it comes with a reorganisation of how the game is packaged and sold.

The rules book is now separate from any army lists and battle boards. Simply put, the rule book tells you how to play the game. You also need to buy an ‘Age’ book to find out what to play.

I like this change myself as it allows the game to easily move from setting to setting without getting caught up in rules that make sense in one context (e.g. Viking raids) but not in another.

If you haven’t played SAGA before, this version makes for a great jumping in point. SAGA is a miniatures skirmish games played with 1-2 dozen figures per side. Most games you play will be based on a scenario, or you can simply play a battle until once side is clearly beaten.

SAGA is a game or warbands, and each warband is led by a character of great fighting prowess – the warlord. Next to your warlord are the hearthguard, warrior of great prowess. Also in your warband will be warriors, troops of reasonable use, especially when helped by abilities. After warriors come the levy… who sometimes come in handy.

Building a force is made simple. Warlords are free, because everyone has one. After this 1 point will buy you 4 hearthguard, 8 warriors, or 12 levy. A game of SAGA will generally be played by forces of 4-6 points in size.

Some factions may then give their units specific equipment, such as bows, horses, or javelins, which also have specific rules – usually an upside and a downside, to keep things balanced.

A game of SAGA is divided into two phases; order, and activation. You assign orders  using SAGA dice, and then carry out those orders by activating units. For example, you may activate a unit of warriors to shoot using an order dice. Once you decide to shoot, there are 5 steps to resolve shooting. Other activations from you or your opponent may happen at each of these steps, depending on circumstances and planning.

You may activate a single unit as often as you like, so that unit of warriors could be activated several times to shoot, if you wish. However each activation after the first cause a fatigue token to be placed on the unit. Fatigue tokens are like additional resources for you opponent. For example an opponent may remove a fatigue token from your unit of warriors in step 2 of shooting to make it less likely your shots will wound their troops. 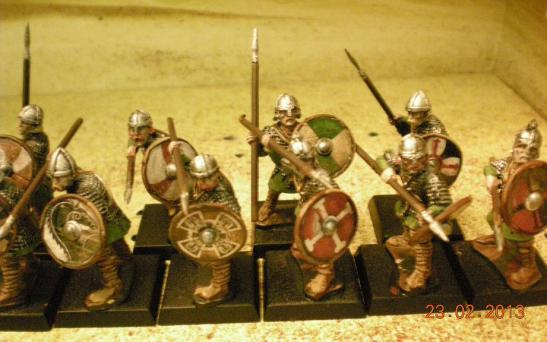 Going through the steps of moving, shooting and fighting, you’ll find many opportunities to spring nasty surprises on your opponent through canny use of SAGA dice, or your opponent’s fatigue.

I can’t review SAGA without mentioning the battle boards. While no battle boards are included in the rules book, every faction has one. These board show which set of custom SAGA dice to use, and what that faction’s abilities are.

Battle boards make each faction unique. Although stat wise there is no difference between a warrior of one faction and any other, the battle board will see that they play very differently.

The rule book is clearly laid out, and has some great colour images of miniatures, both historical and fantasy, to give you an idea of the breadth of battles it is possible to play using these SAGA rules.

There’s a handy one-page summary at the back, and each section of the rules has a few examples to show you how each stage of the game can work in practice.

A story to tell

The only things I would have liked to see are more scenarios in the main rule book (the ‘book of battles’ has many more), and a blank battle board template to encourage players to create their own.

Overall SAGA offers a dynamic game for the miniatures crowd, with rules that are set up to allow for matched play in formal settings, or for strong narrative play between warband which may meet several times of a series of linked scenarios. 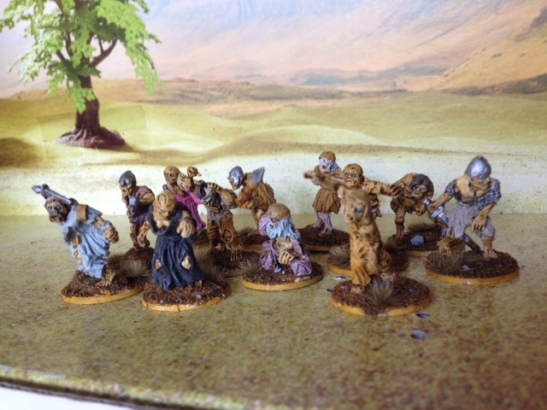 This entry was posted on April 7, 2018 by davekay in Miniatures, Review, Tabletop and tagged review, rules, saga.