The week in inspiration #3

Lots to talk about and share this week, including a few interesting items on the design side of the gaming equation.

Persistence pays off for Brian Fargo

For about a decade, no computer RPGs were being made. Conventional industry wisdom was that the genre was dead, and players didn’t want complex games that took hours to understand, never mind play.

Brian Fargo never gave up. The creator of the original Bard’s Tale series of games knew the market was there, he just needed a way to reach it. This interview on PC Games N gives a great story of persistence finally paying off for this designer.

I enjoyed this interview both as the tale of the resurgence of a genre I loved when younger (I spent many hours on the Bard’s Tale series, especially the third game) but also how Brian went about using the market to find the path to what he wanted. 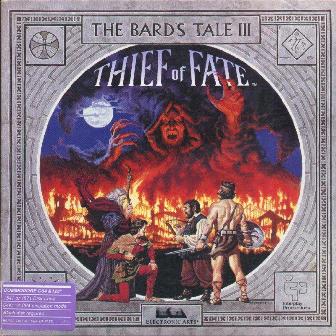 Also on the design side of things comes news of a high street release for Lucidity. I previously covered the Kickstarter for Lucidity by Australian games designer Shannon Kelly. With the project successfully completed, Fox Tale Games has been announced the the publisher for Lucidity, so if you missed out, you’ll seen be able to head over to your local games store and pick up your copy!

It’s great to see an individual designer’s idea take form, find its audience, and then find a publisher and hit general release. Lucidity is set for release in 2018. Nice going, Shannon!

The citadel skulls box was released a couple of weeks ago. As you might expect it’s a single box filled with skulls of different sizes. Gamers often poke fun at Games Workshop’s ‘no such thing as too many skulls’ aesthetic. Gamer Dave Taylor took things once step further with the box contents and sent this to the White dwarf team:

He used every item in the box to create a giant skull made of skulls – the skull aesthetic lives on!

Now that you’ve enjoyed the skull made of skulls, how about a giant zombie made of zombies? That’s not quite what’s happening in the art for Grave Titan by Nils Hamm, but it’s close enough, right? This zombie titan roams the land dropping zombies from its torso.