After my Kaladesh experience I decided to try the midnight pre-release again. “It’s a more efficient use of my time,” I claimed. “Uh-huh” said my wife. A ringing endorsement!

Following an FNM draft where my deck was a three colour train wreck, I excitedly opened my new packs in a group of about 42, so noticeably less than the Kaladesh group of around 70.

Of the six players opening packs at the table I sat at, there were no smiles at the end of deckbuilding. The pools were not inspiring, no splashy cards set people talking. Another contrast to Kaladesh, but perhaps that’s a big set/small set thing. 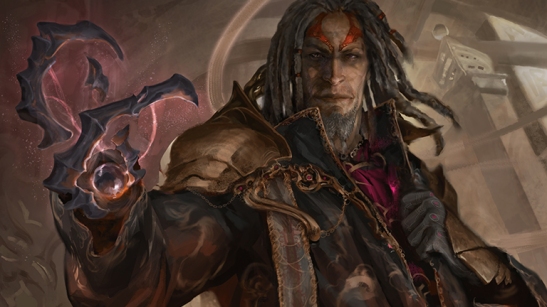 My pool was somewhat frustrating. Blue was almost absent, with literally six blue cards opened in six packs. Easy to remove that colour from consideration. Red and black were tempting but ultimately too shallow to play, and a lack of mana fixing meant I wasn’t prepared to splash. There were no planeswalkers or other marquee cards to pull me into a specific style.

That left white and green, so I proceeded to build a ‘bread and butter’ deck, playing 17 creatures and 17 lands, with a plan of attacking every turn after the first. It served better than I expected.

The express in particular was fantastic. One attack is bad, two attacks is worse, and the third attack is often fatal for your opponent, and so it proved here.

In the second game the my full air force came out, with a turn 4 Ghirapur Osprey followed by Skywhirl Harrier and then Dawnfeather Eagle. My opponent’s flying blockers were Caught in the Brights and it was soon all over.

My next opponent could blank my enchantment-based removal with his Aegis Automaton and this gave me a lot of trouble. Hunt the Weak proved to be my best solution. Of amusement to both of us was that in each of our games, his turn 2 Sram was matched by my turn 2 Druid of the Cowl. The druid proved to be an able blocker, as well as getting my 5-mana creatures down on turn 4. Once again the combination of Untethered Express and Bastion Mastodon proved unstoppable.

In the second game my opponent managed to assemble a large ground army based around Mobile Garrison, Irontread Crusher, and Peacewalker Colossus. This one turned into a race, and I came through by attacking in the air while chump blocking on the ground. The need to crew the vehicles, or else spend mana to turn them directly into creature, meant my opponent could not get full advantage from his numerical superiority.

My third opponent had power but the deck lacked consistency. In both games he experienced a flood of land and while I drew 4 land in a row in each game too, my ability to play one more creature than my opponent had removal for meant I could suck up my early losses and continue playing more and larger creatures.

This match only served to make me glad I hadn’t tried to stretch my mana base to accommodate Kari Zev in my deck. 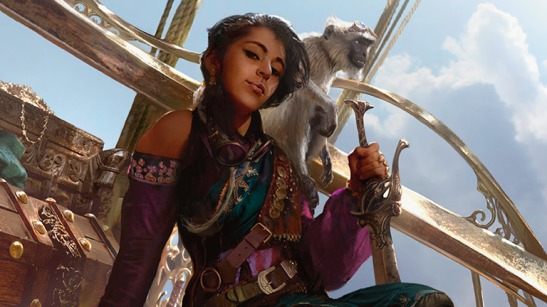 The fourth match was always going to be difficult, with four players coming into the final round with 3-0 records. Still, I’d had a fun morning and besides rubbing my eyes a little too much , it was all upside.

My opponent’s turn 2 Winding Constrictor promised to put and end to all that. When Implement of Ferocity grows a creature by two counters and draws you a card, life is good. Unfortunately that was not my life. I managed to squeak through the win, again thanks to my power in the air, for which my opponent had not answer after spending removal to stem the tide of my early creatures.

The second game started with an Aetherstream Leopard for my opponent, which was Caught in the Brights so my Aethergeode Miner could get in the early beats. This proved essential as the constrictor soon came down and before long the Leopard had several counters on it, but was still unable to attack. A combination of numbers on the ground and in the air got me there again to give me a 4-0 record. Unheard of!

The match between the other 3-0 players was still going, and since it was now 4:00am I decided the best thing I could do was drive home and talk to my wife about Magic. Who doesn’t want to do that at 4:30am? Funny story – I can name one person who doesn’t.

The cards that looked good in the spoiler play well. Winding Constrictor and Untethered Express are off the chain. The other vehicles are mostly disappointing. White and Black have good removal and creatures so it was no surprise that each of my opponents played one or both of those colours.

Deadeye Harpooner was disappointing, I think because the power of its revolt trigger meant it was often stranded in my hand while the trigger opportunities passed by. Generally I found if I was losing a creature it was through being blocked and my opponent, being on the defensive, had no tapped creatures. In the final match it became a chump blocker. Silkweaver Elite seemed more likely to get its trigger.

Scrouging Bandar was great. Being able to move those counters to later flyers or simply create a single large creature was powerful, and it also was a reliable source of a revolt trigger. This little cat can achieve great things.

If I had to summarize Aether Revolt based on this experience it would be “like Kaladesh, but with different cards.”

The problems you are solving are basically the same, and being able to lay a creature on turns 2,3, and 4 will serve you well. I’m looking forward to drafting the set, but then I enjoyed Kaladesh too. If that set was not for you, then… it’s not that long until Amonkhet.

This entry was posted on January 14, 2017 by davekay in Card Games, Events, Magic the Gathering, Tabletop and tagged aether revolt, pre, release, report.