In contrast these were… not fiddly exactly, but the detail required a level of focus to bring out. I could not imagine painting an army of those Khorne footsoldiers, but a squad will go nicely in the Silver Tower somewhere. 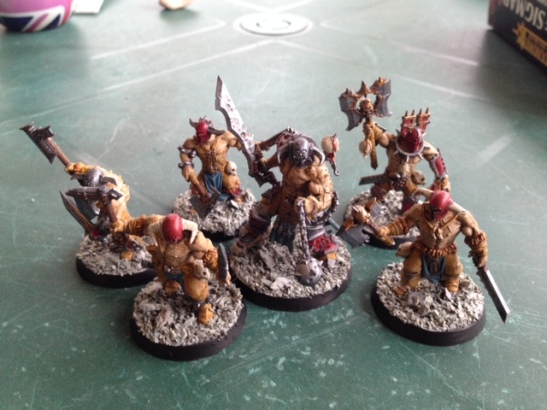 Here is the Slaughterpriest by himself. He’s a large model, and very nicely sculpted. As plastic heroes go in modern miniatures, this guy is a the top of the ladder. 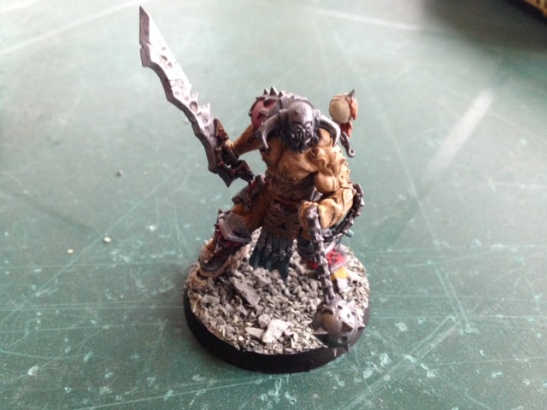 Here is the group minus the Slaughterpriest

Overall I’m happy with how they came out, and the muted blue on the loincloths was a nice contrast to the red. I also opened by pot of Brazen Brass for the first time in a decade and it was still usable, so that’s nice.

Next I’ll tackle the three armoured Khorne soldiers. Don’t ask me to remember what they are called. Blood- something, no doubt.

This entry was posted on October 22, 2016 by davekay in Miniatures, Painting & Modelling, storm of sigmar, The Projects and tagged painted, slaughterpriest, storm of sigmar.