In haunted Sylvania, and old twisted lord lay dying, cursing gods and men alike. His name was Otto von Drak and he was the latest in a line of truly uninspiring lords. Sylvania was a land of deep shadowed places and an oppressed people. Law and Order was something of a joke, so many dark types driven from other areas of the Empire would end up there.

Otto had refused any match for his daughter Isabella from the somehow even less able minor lords of Sylvania, but yet no one from beyond Sylvania’s borders had been tempted by the offer of Isabella’s hand.

As Otto lay  muttering on his death bed, a huge black coach drew up outside the castle, and a mighty armoured figure strode from the carriage into the castle. He seemed noble enough and spoke of lands and titles that sounded impressive, though none could later recall them. It sufficed, and Isabella married the stranger as her father expired, and became Isabella von Carstein. Today the von Drak name is remembered only by buildings and geography – Drakenwald forest, and Drakenhof Castle. 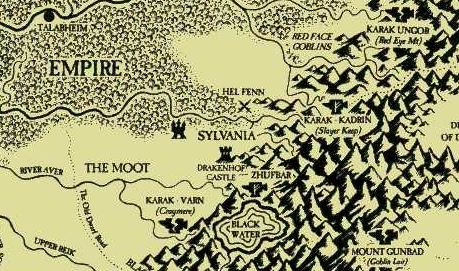 Vlad’s ascension meant the lives of the ordinary people in Sylvania improved. When bandits raided a local village, rather than remaining in his castle and emerging only to tax the survivors, as other lords of Sylvania were wont to do, Vlad struck down the bandit leader with a single mighty blow, and mercilessly slaughtered the others. Word soon spread, and bandit attacks dropped sharply near Castle Drakenhof. By the standards of Sylvania, life was good.

Year by year Vlad extended his rule until Sylvania was his. Isabella was always at his side. Obliviously a vampire now, her youth never faded, and neither did her love for her husband. Somehow this was reciprocated and the two settled down to rule their domain.

For centuries they ruled, the Gomez and Morticia of the Old World. Eventually even the peasants of Sylvania realised something was not quite right about their long-lived lord and lady, and soon forces were mustered from other lands of the Empire. 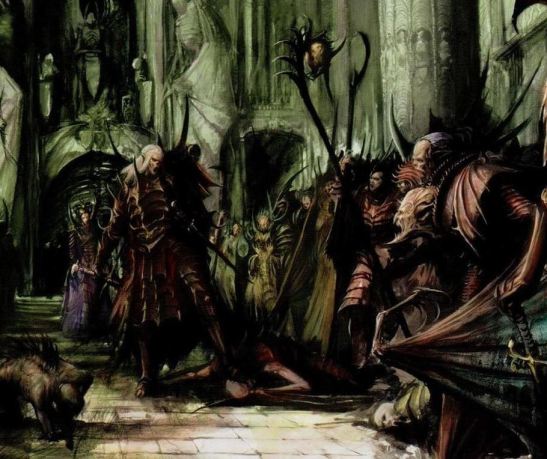 Vlad defended his realm, raising armies of undead to fight off the invaders. Isabella was a powerful vampire in her own right and often fought by Vlad’s side. Vlad was something else, often leading lightning-fast strikes deep in enemy territory. Vlad’s opponents soon noticed that while he was not impossible to kill, he would not stay dead.

Vlad was struck down by a captain of the Knights of the White Wolf, by the Elector Count of Ostland, and had his head struck off by a cannon at Bogenhafen. Each time he returned to lead his armies to victory. By now Vlad’s ambition was to rule the Empire, Sylvania was not enough, and the divided humans could not stand against an enemy who returned even when slain.

Discussion soon centred on his 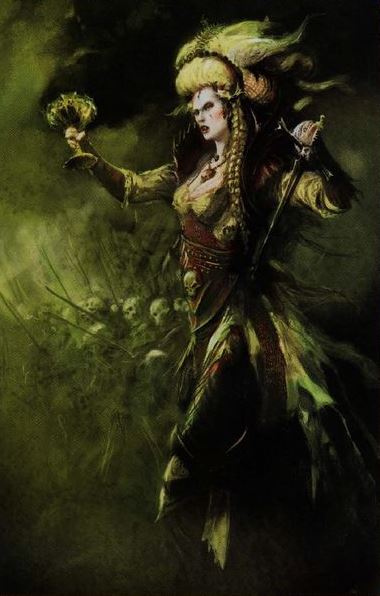 family ring, which he was never seen without. Isabella might remain behind on occasion, but the von Carstein ring was never separated from its wearer. The Empire’s Grand Theoginist resolved to do exactly that. A thief was recruited, by force and by magic. A spell laid on him forced him to seek out Vlad von Carstein and steal his ring.

The thief succeeded, and fled to parts unknown. The next day in battle, Vlad was struck down for the final time. His reign of terror was over.

What of Isabella? She knew instantly of her husband’s death. When the men of the Empire came for her, she simply smiled, drove a stake through her heart, and joined her husband in oblivion.

The old world would never know their like again.